Hello there, I hope you are well and thanks for reading.

I currently have 2 cars in central London which has become more and more farcical over the past few years hence one is going and its the Puma.

I have had this car for about 2 years having originally purchased it with an eye to trackdays, of which it has done 3 during my ownership. The car was in largely good condition with more history than I could ever want, including 2 cambelt changes (2009 and 2015 at 82k miles). At the time of purchase the car had 85k on the clock. It now has 89,520, so I have not driven it that much. I wanted the lux pack with heated front screen and was keen on the car having dual airbags, quite rare on a Puma as it required the purchaser to pay extra for the passenger to be safer!

During my time the car has benefitted from a lot of new parts, some of which were fited by me as I got to grips with mechanical work, and most of which were fitted within the last 5 months/400 miles:

The car also comes wearing 4 x Michelin Pilot Sport 3 tyres with plenty of tread. These are great tyres on a Puma.

Interior seems near perfect to me.

Remote central locking works great on both doors and boot.

Paint is good - some marks here and there. I have never tried to use T-cut but I suspect a little of that might work wonders

All 3 keys and original sales brochure and handbook.

Half a tank of fuel.

Points of concern:
You know what's coming of course. Rear arches need doing. One side is 'okay', the other needs doing - I will get pictures up later today. Occasionally there is a vague vibration from the rear exhaust when pulling away - I have not been able to trace where it is rattling and it sounds like a heat shield or similar - it does not concern me, but an hour with a friend tracking down what needs tightening would sort that - I don't have anyone nearby who can help me!! Air Con doesn't seem that cold to me - never did, but it all lights up as it should. Do these need regassing as I suspect they would after 18 years? Over the past months I had a rough idling issue and changed the MAF sensor and throttle sensor which resolved it. Occasional low rumble from the front from after the strut brace was fitted - I only mention that as it was not there before I fitted it. There's a small dent in the top of the passenger door frame - I have no idea how that happened and the annoying thing is I don't think it was like that when I bought it!

Those are the only points of note. Spend some money on the arches and you have yourself a truly fantastic Puma which drives like new. It handles perfectly, pulls willingly (as it should) and I wish I had time for one more trackday with it, but I am flat out at work and it won't happen so I would prefer to let the car go to someone who will keep it on the road. With the second airbag I think this a good car to keep on the roads with that little bit of added peace of mind regards safety. It would also make a truly excellent track car, ready to go, as that was what I had all the work done for.

I am an honest person, have been on this forum for some time, and would not sell a car with hidden issues - I have listed everything above and feel confident in saying this is a great car, far better than most Pumas, with plenty of life left in it thanks to the work I have had done. Someone needs to take it and get those arches attended to, after which it'll be a near perfect Puma and a real pleasure for the new owner. 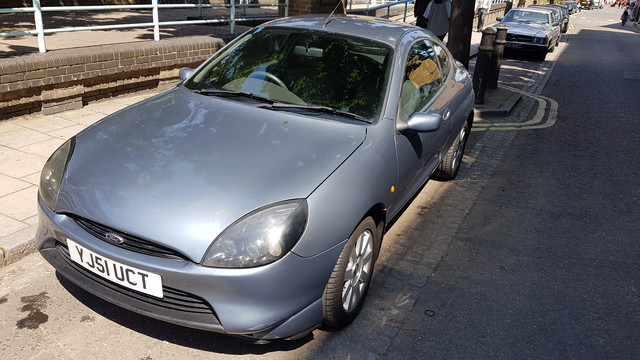 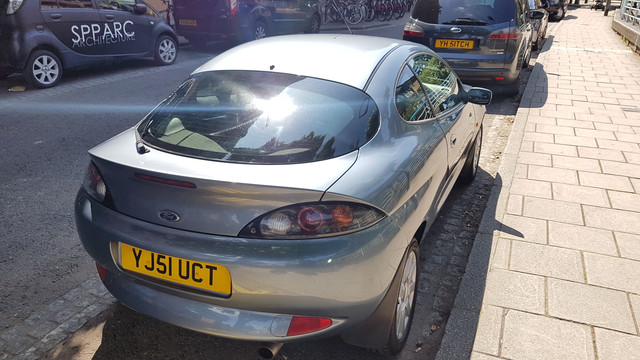 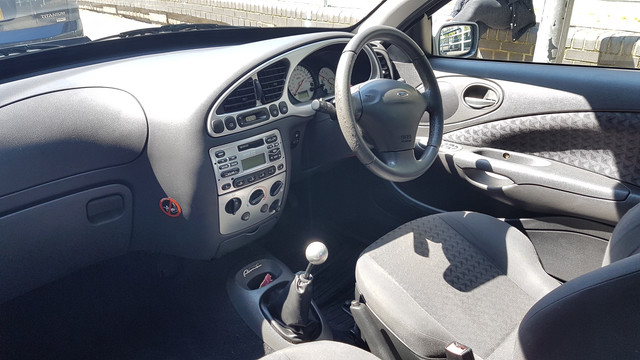 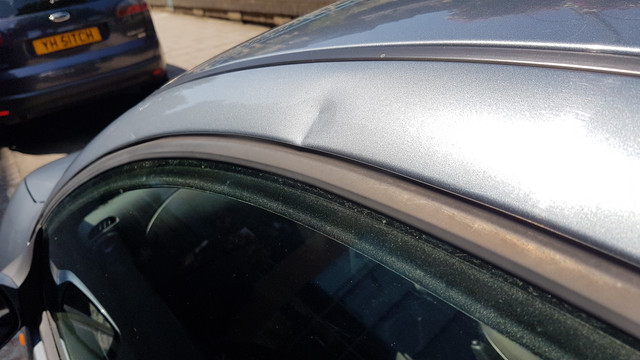 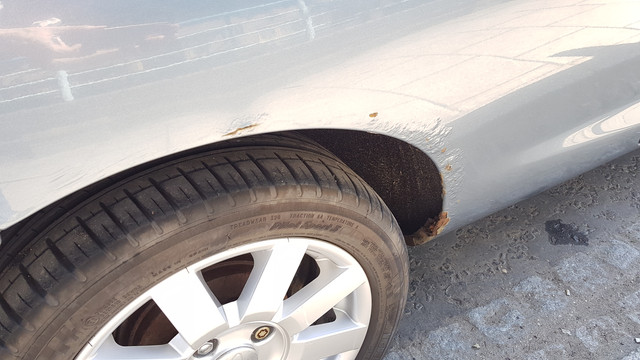 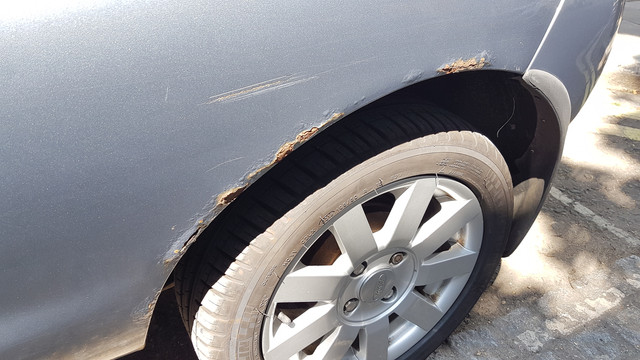 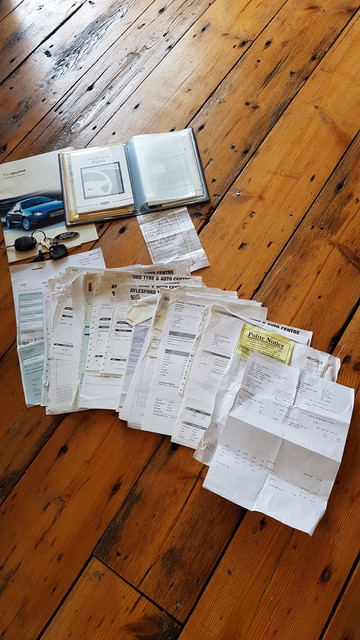 Do you have any pictures of the arches?
0 x
Top

Updated with images and more thorough text. Thanks for reading. I should point out that image of the paperwork does not really show it all - some of those piles of documents are 10 deep!
0 x
Current:
1979 Mercedes 450SLC
Puma 1.7

PaulyV wrote: ↑
Tue Jul 16, 2019 10:04 am
Occasional low rumble from the front from after the strut brace was fitted - I only mention that as it was not there before I fitted it

Mine did this. It was the gearbox fouling on the strut brace. If it helps you or the new owner, you need to jack the car up, then use bottle jack/bit of wood to jack the engine/gearbox up a few mm, which will allow you to wrap some noise absorbing material around the strut where they touch. I used some thick rubber stuff I'd got off ebay for another project but you could use some old tyre or something like that. It doesn't get too hot.

Long term the fix is new engine mounts but that's more than I want to get involved with right now! Alternatively you could bash the strut brace into submission to create an indent around the offending area. I was reluctant to do this as I think I'd struggle to get it back onto the control arm mounts afterwards, plus it would make a mess of a nice red strut brace...

FWIW I have the same colour and vintage Puma, I just had the OSR arch, both sills and both wings plus a spray. It cost a LOT, but was worth it in my opinion. Weirdly, my nearside arch is OK and has survived intact; I don't know what Ford did in the factory but I suspect quality control was a bit sloppy in paint/protection application here.

I am tempted by your car for donor parts but it seems too good to break!
0 x
Top

PaulyV, I’m very interested. I have no problem paying to get the wings done, it is a Puma after all so is to be expected.

A couple of questions reference the last MOT:

The oil leak - is that why you changed the rocker cover and is that fixed now?

Was the advisory for corrosion relating to the arches as seen on the photos or will the chassis need some welding soon too?

I would PM you but I don’t have the permissions yet.
0 x
Top

Should have now you've made 2 posts

I wondered what it might be exactly. Thanks for your note which I hope does help whoever buys this. I don't have the right kinds of jack, alas, but if it went in to the garage this is exactly what I'd do.
0 x
Current:
1979 Mercedes 450SLC
Puma 1.7

Simply a note that I will be in Berlin for a week from tomorrow for work but I will check my messages from time to time should anyone wish to get in touch. I might not be able to respond quite as quickly as if I were at home however.

A note that I am now back. The car is parked in SE1 and if anyone interested happens to be passing I can give you the road name so you can look over it. Regards the above the question was asked if the car is still leaking oil a little as indicated on the last MOT. I can confirm that it is not - I took it out for a good drive and inspected it both before and after.
0 x
Current:
1979 Mercedes 450SLC
Puma 1.7

Well let's see if we can't shift this Puma. I've been busy at work for the past few months and have paid it little mind other than driving it here and there. It took us up from London to the Lake District and back perfectly over Christmas but a new car on the horizon means it will have to go. Offers Welcome - I won't be offended!

Oh, and you may see a user asked me about the oil leak mentioned on the MOT. That was indeed the rocker cover and has not been happening since I replaced it...so, leak free.

Only other item worth mentioning is mileage is now about 93k.